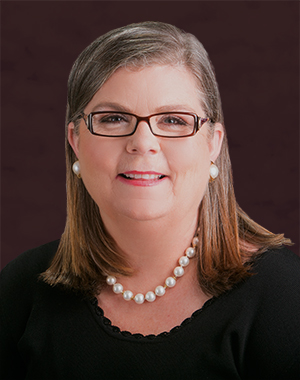 Ginger Young has practiced in the Immigration Law Section of Flowers Davis since 2009.  Tyler Immigration Law is a full-service practice ranging from family-based cases, employment based cases, permanent residency cases, naturalization cases, among other matters.  She is a member of AILA (American Immigration Lawyers Association), a select group of highly trained immigration lawyers who are on the cutting edge and daily monitoring of changes in the immigration field.  She and her entire in-office staff are fluent in Spanish.

Ginger has long been an advocate for the vulnerable.  During law school, she interned for the Equal Employment Opportunity Commission and later with the firm of Fanning, Harper & Martinson. After graduating from law school, she continued with the firm of Fanning, Harper & Martinson primarily representing governmental entities and school districts in employment and civil rights litigation.  Ms. Young continued her labor and employment defense practice at Thompson & Knight prior to joining Flowers Davis in 2000.  Her first nine years at Flowers Davis were focused on employment law and civil rights litigation, primarily defending law enforcement and governmental agencies.

When Ginger is not working, she enjoys spending time with her husband, Bob, and her daughter, Olivia.

East Texas Chapter of Justice for Our Neighbors (JFON), Executive Board Member & Secretary of the Board, since 2018

TYLER, TX (September 25, 2018) ­­– Two Flowers Davis attorneys have worked to expand the breadth and depth of their practices to better serve their clients. This summer, Melanie S. Reyes was admitted to practice law in the State of New Mexico by the New Mexico Board of Bar Examiners. Reyes, who has been licensed […]
Read More →