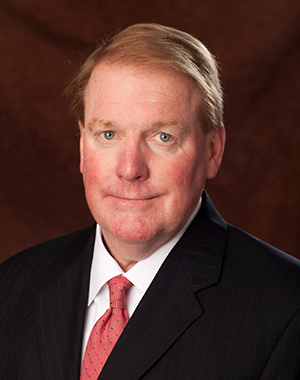 Alan Tomme has been with Flowers Davis since September 2005, and concentrates his practice on general oil and gas matters including title examination, as well as transactional and regulatory matters.  He brings a wealth of oil and gas and business experience to the position, which gives him a unique understanding of his clients’ business needs.  Alan’s clients include major oil and gas companies, independent oil and gas companies and individuals.

After graduating from law school, Alan worked in the Land Department of ARCO Oil and Gas Company in Midland and Tyler, Texas, and in the Natural Gas Marketing Department in Dallas, Texas.  After six years at ARCO, Alan joined the Law Department of Union Pacific Resources Company in Fort Worth, Texas, where he concentrated on transactional, regulatory and legislative matters.  While at UPRC, he represented the company’s marketing subsidiary before the United States Senate and House of Representatives, the Federal Energy Regulatory Commission in Washington, D.C., the Railroad Commission of Texas and other state regulatory agencies.  Ultimately, Alan became the General Counsel for Union Pacific Resources Energy Marketing, Inc.